I spent the week before Halloween frantically packing for my big move and also searching for the various elements to my costume. Of course, I could have found an adequate costume from my overflowing closet, but being Margot Tenenbaum was far too appealing, and I can never say no to a shopping challenge. Who can resist the opportunity to to straighten their hair and wear tons and tons of black eye liner and not look totally trampy???

The hardest elements to find were the fur coat (it is Portland, Oregon after all) and the Lacoste polo dress, Goodwill and Ebay did not pull through as I hoped they would. I received a text from Kate a few days before, saying she found the PERFECT coat for me at Magpie for 28 dollars, I dropped what I was doing and went down and bought it. Although it is not quite the fox fur trench that Margot rocks in the film, it worked. Lucky for me, my striped polo dress, ordered from the children's department at Garnet Hill, arrived day of, allowing me to return my back up from American Apparel. I found my penny loafers and kiddie barrettes at Target, and used an old purse of my mom's instead of trying to find something that more closely resembled an Hermes Birkin, because that was going to be impossible. 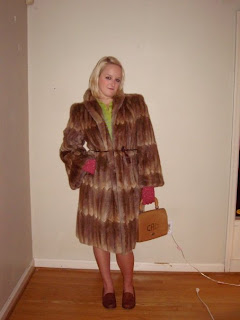 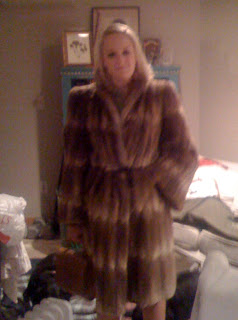 I picked up Kate, who dressed as a flapper, and we went to the Nemo party, where i was promptly out Tenenbaumed by the whole clan, including Margot, Richie, Eli Cash and Royal. Richie even had a stuffed hawk on his arm, and they arrived in a Gypsy Cab. I definitely got beat. Then we stopped by "Boo" Hour and moved over to the DB Clay party, and ended the night at Sauce Box for some late night french fries and to meet up with Scott. 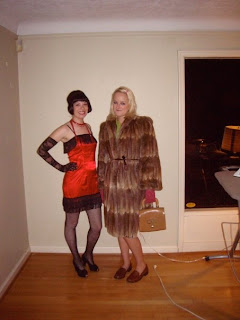 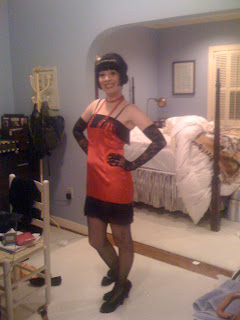 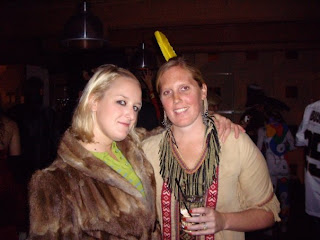 Margot and Lindsay as Princess Tigerlilly. 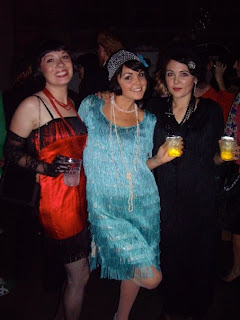 Kate with the Best Flapper Ever at Nemo. 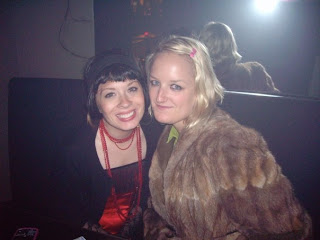 Although I spent a good deal of the night driving, and 2 of my best friends were out of town, it was a SUPER fun Halloween. I rather enjoy party hopping every once in a while, and Kate and I make a very good team. I was pretty well behaved, due to the giant list of things I had to get done on Saturday, which made for a more memorable night, actually!
Posted by Fanny at 9:45 AM