journey to the west side

After our unsuccessful trip to JC Penny's we drove over to LACMA on Wilshire to see the Vanity Fair Portraits. After buying our tickets, we learned that the museum didn't open for another 30 minutes. Snap. Things were just not going our way. Neither of us had been to the museum since it's huge expansion that came with the appointment of the new director Michael Govan, so we spent the time wandering around outside. I remembered the lamp post installation, so we went over there and had a mini photo shoot. The pictures will be added later, due to my mother's technologically stunted camera. I really enjoyed the who LACMA experience. It has always been my favorite LA museum. 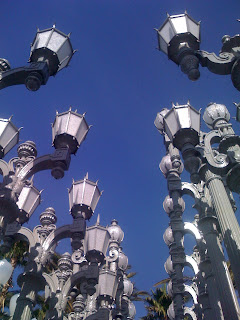 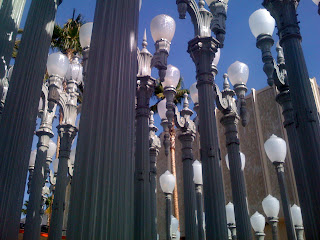 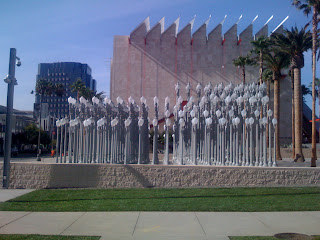 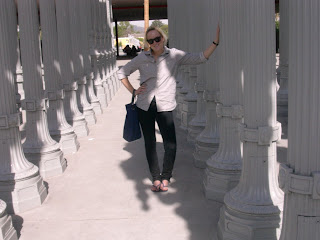 We started with the Vanity Fair Portraits, which was very cool. Obviously, fashion photography is high on my list of interests, and the show was full of images from Annie Leibovitz, Mario Testino, Helmut Newton and one of my faves Steven Meisel. But it was really the photos from the early years of VF that were really inspirational. The black and white images of the old Hollywood legends by Edward Steichen and Cecil Beaton really got me. That's a bit of a cliché, isn't it. Oh well.

We moved onto the Hearst: The Collector, it was basically like a portion of the Louvre. Then we followed these signs with a painting of a girl in profile with a red scarf on her head until we discovered the room full of Fabiolas. 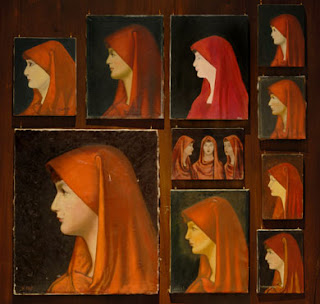 photo credit: lacma.org
Floor to ceiling, 3 walls covered in paintings of Fabiola, a fourth century saint. There were images made out of needle point, painted beans, paintings with rips in them, paintings on all sorts of surfaces. I went through the room and tried to pick which was my favorite, but there were too many! It was AMAZING!

After LACMA, we went over to Barneys to have lunch on the top floor at Greengrass and to do some oogling and crying (because we couldn't buy anything). Lunch was pleasant as usual, but I was antsy to get into the store. Not only was it all decked out for the holiday season, but pretty much the entire store was on sale, especially the Fall o8 designer collections, for their 50th anniversary. Originally it wasn't one of my faves, but I feel in love with the one shouldered navy blue dress with the grosgrain from Lanvin, of course, it is far more beautiful in person than it is from the last row of the fashion show. 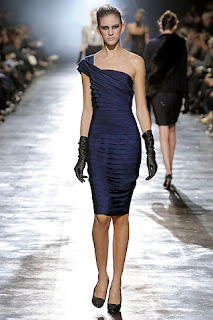 The beauty of Alber Elbaz' work never ceases to amaze me. And a really cool sweater from Dries that I cannot find an image of anywhere. I am going to have to do some DIY action to recreate it for myself; yarn store, here I come! I'll post it when THAT happens. And of course, those Miu Miu shoes. SIGH...
Posted by Fanny at 8:08 PM