nyc turns in to sprouse city

There were 3 parties in one night for the late Stephen Sprouse in New York City last Thursday. The main event, for the fashion crowd at least, was the transformation of the Louis Vuitton store in celebration of the special (re)issue of the now infamous graffiti bag and a few new goodies as well. 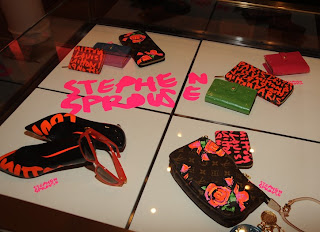 Much to my surprise, when I was looking at the pictures of the party on style.com, who was the first face I saw? Portland native Paige Powell! Standing arm in arm with Marc Jacobs!!! 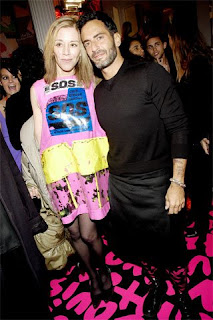 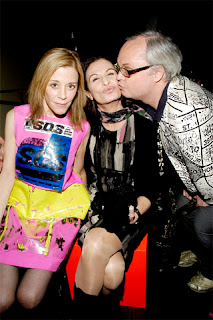 photo credit: style.com
Ms. Powell is well known in the art world for being, among other things, Andy Warhol's BFF. That alone makes her one of the coolest women ever, never mind that she helped run Interview magazine, is an art world big wig, founded the now defunct Pearl Art Foundation in Portland, is a social activist and all around fab person.

Basically, I would have killed to be at this party. There were few Hollywood celebrities and mostly art and fashion people, which makes it ALL the better.
Posted by Fanny at 5:32 PM