Karl Lagerfeld never ceases to amaze me. Especially when you realize that he thinks of EVERYTHING. No team of designers. Nothing. Just him. 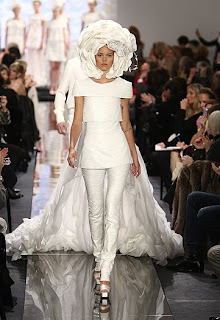 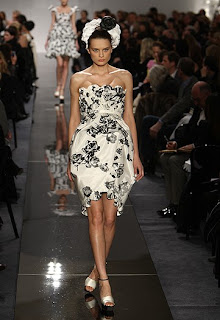 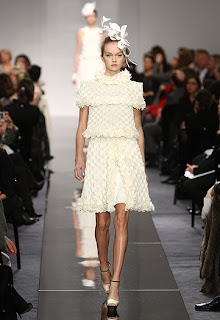 To me this collection was all about the head pieces, not so much about the clothes. They were all made of 8 1/2 x 11 inch paper by Kamu, a Japanese hairdresser. Who would have thought that he was so highly criticized when he presented his first Chanel Couture show?

I love Freja as the bride, BTW. It is so great that she is so butch, but so feminine, even though she is wearing pants.
Posted by Fanny at 2:31 PM