I am laughing my ass off right now. I just looked through the Dsquared2 show and I think it is genius - other than the fact that it is a straight up reference (copy) of the Steven Meisel for Vogue Italia shoot Hollywood Style 2005, which was probably one of the most genius and hilarious shoots ever.

Let us compare them. We will start with the Vogue Italia shoot. 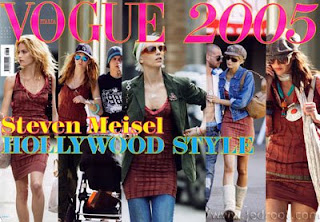 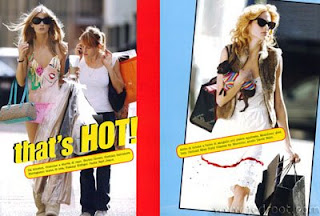 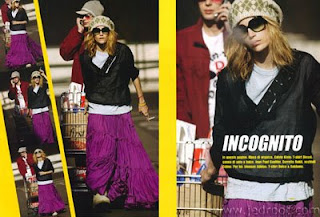 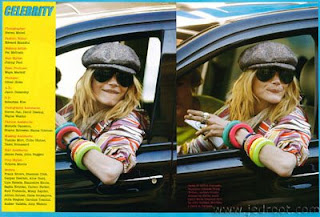 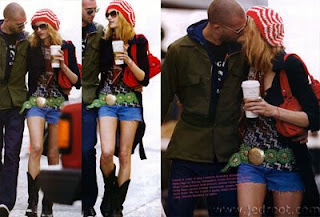 (Vogue Italia)
Note the blatant references of certain young celebrities, including but not limited to MK and Ashley Olsen, Nicole Richie Paris Hilton, Britney Spears, etc. and their love of hot young boys, personal assistants, and of course, their one true love, Starbucks. When this was published, I spent a good few hours analyzing who was supposed to be who. It was too much fun. 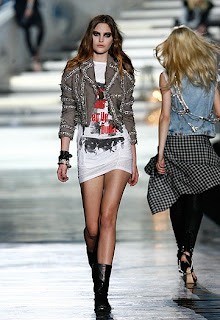 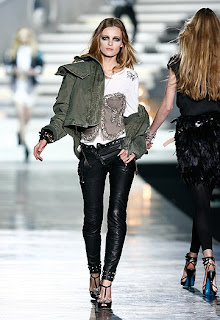 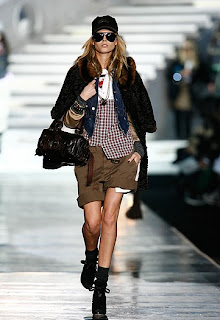 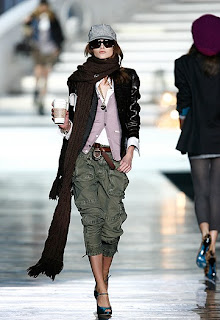 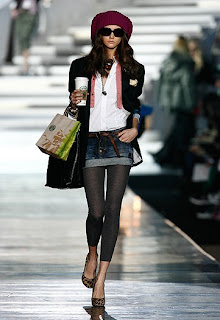 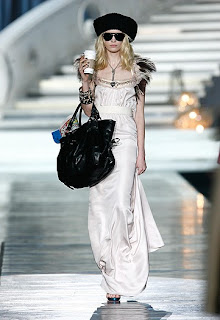 All that's missing from the runway show are the extras. Note the hats, sunglasses, over sized bags, and the Starbucks. As much as I laughed when I saw this, there are a few styling details that are pretty awesome, once you get past the glorified Abercrombie & Fitch look that Dan and Dean tend to go for. They are probably the weirdest/grossest designers, ever. With their matching plastic surgery, I bet they have sex with each other. And that is wrong. Because they are brothers.
Posted by Fanny at 12:02 PM

hilarious-im so glad the old school olsen twins look is hot again. never grew tired of what the two were wearing.